Originally I planned a different post today, but figured it was time to take a break from food. Plus, we received some GREAT news yesterday. Our building permit for the kitchen remodel was approved and six weeks earlier than we expected. Let’s start from the beginning.

When we purchased our house in August 2010 we always planned  to remodel the kitchen one day. Seriously though, take a look at what we walked into.

To paint a better picture. To the left of the island are more cabinets, the refrigerator and a wall dividing the living room and kitchen. Behind the camera is a equally large space otherwise known as the dining room. 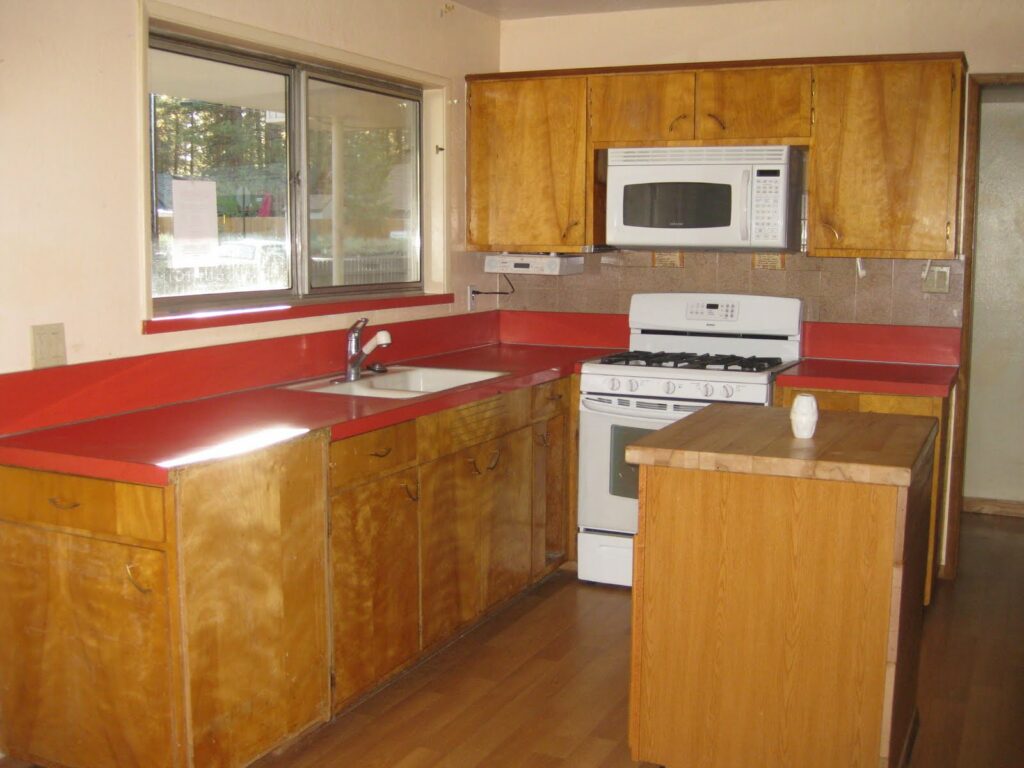 We immediately added a dishwasher and eventually painted the walls and cabinets. For the last two years our kitchen has looked a little like this. It’s not ideal, but it works. 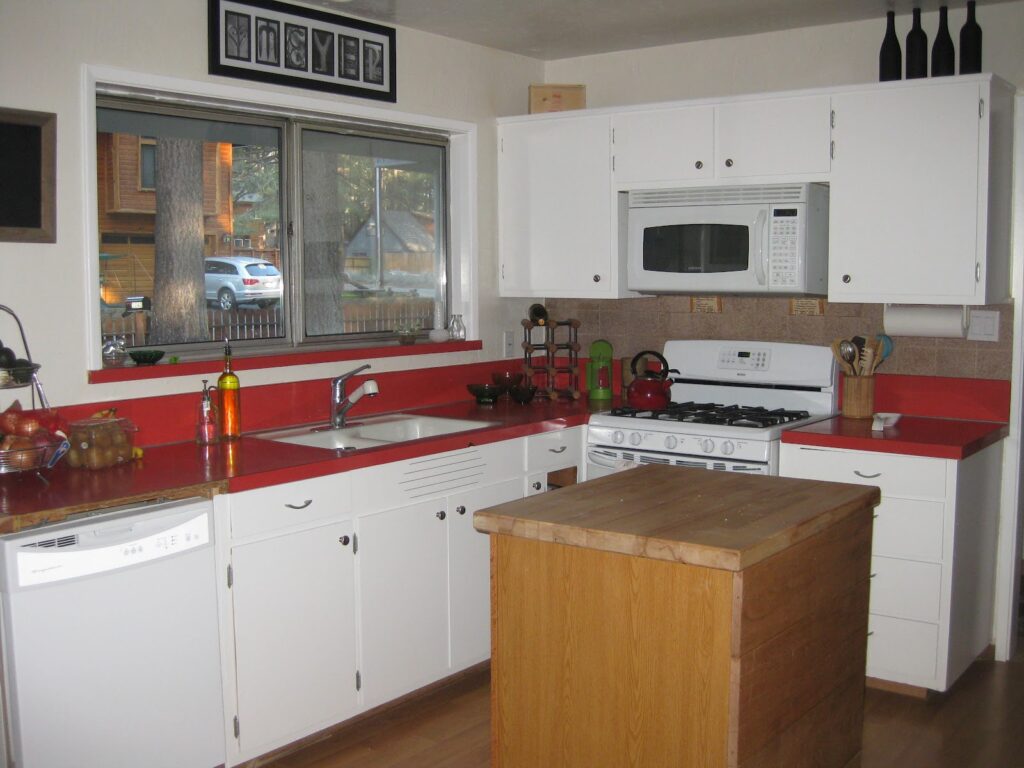 Here’s a view of the other side of the kitchen. Yes, there are two massive sliding doors looking at our neighbors fence. I now have sheer currents hanging, which helps. 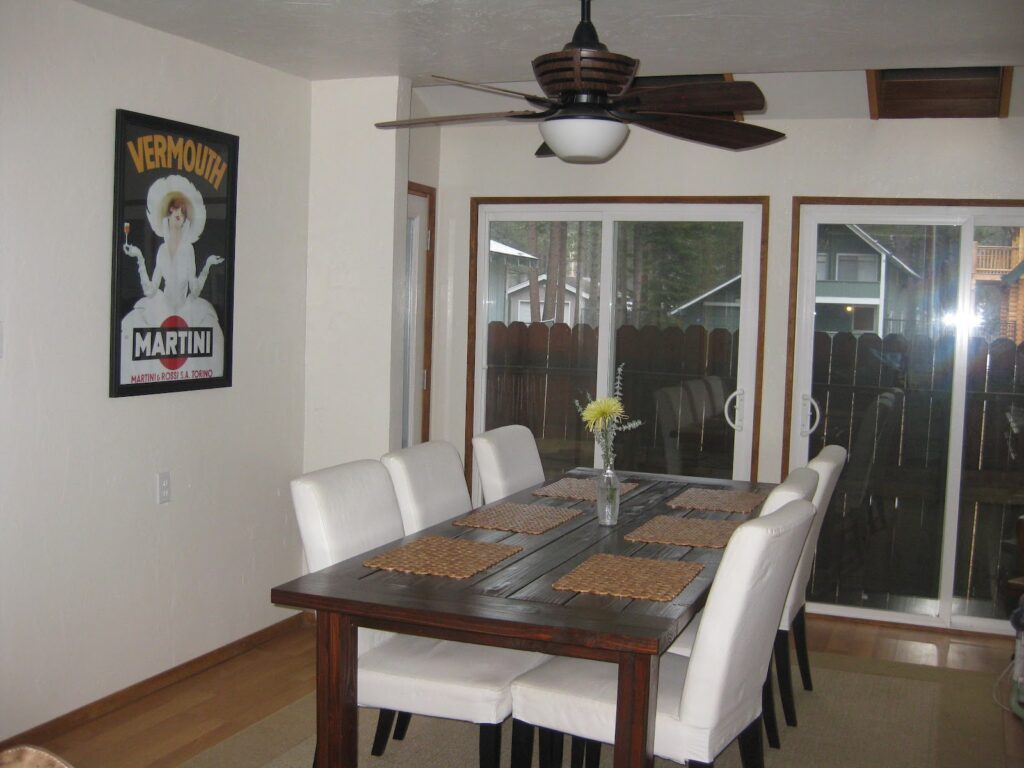 Fast forward to December 2013, we started working with a architect construction company to design a new space. After the holidays we really started working on a functional space and after a few months settled on removing the entire wall between the kitchen and living room. Due to a 1959 roof structure and 2014 snow codes we had to incorporate one support post. Not ideal, but it’s better than a wall. 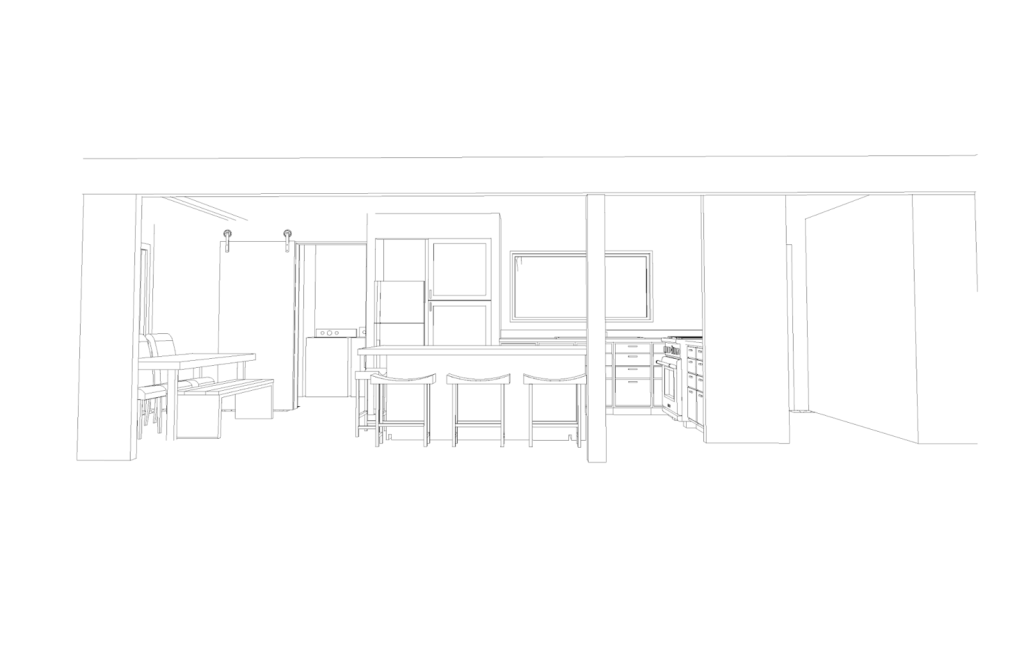 After going back and forth with our contractor and structural engineer we finally applied for a building permit.

Lesson learned: Sometimes to get things done you have to follow up daily. Originally we were ready to submit for a permit early august, but our contractor wasn’t in a rush because he didn’t have time to actually do the project. After numerous calls and emails this was finally communicated with us and a month later the permit application was submitted and the contractor informed us he would no longer be finishing the project. Big Bummer and huge wench in our plans especially with a baby on the way. Well we’re sucking up our frustration with the company and moving forward. Guns blazing.

So here we are, October 1 with a plan, a permit, and a few appliances — but no contractor. Where do we go from here? We have most of the materials picked out, but just need to order them. But before anything is ordered we’re on a mission to hire a new contractor! We have a list of five potential contractors and hope to have three bids by next week. Fingers Crossed!

Stay tuned the Meyer Haus is getting a kitchen face lift!

Since I can’t part without a little kitchen inspiration here’s what we’re going for.

P.S. If you’re a brand or contractor looking to partner I’m all ears 🙂 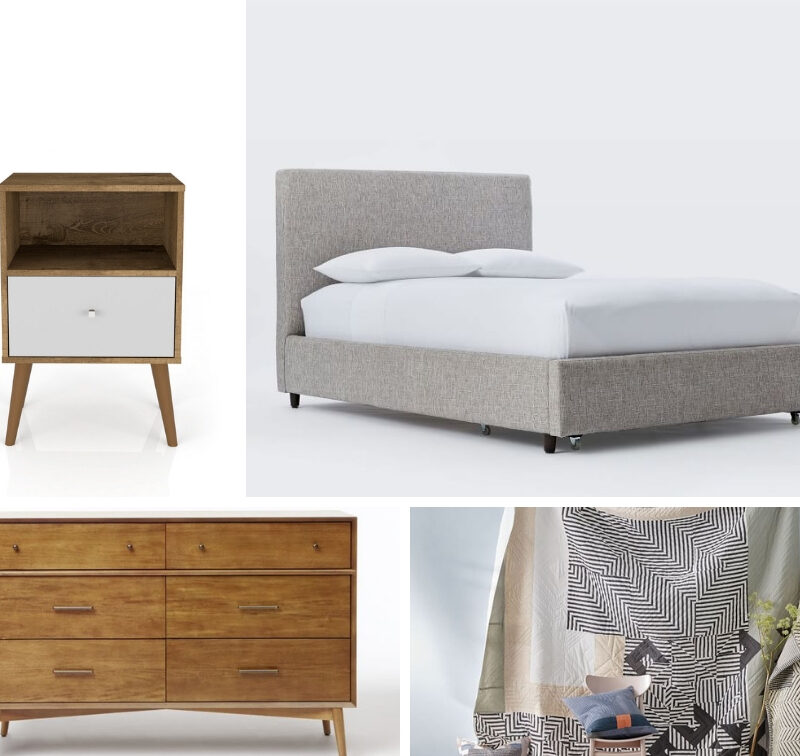 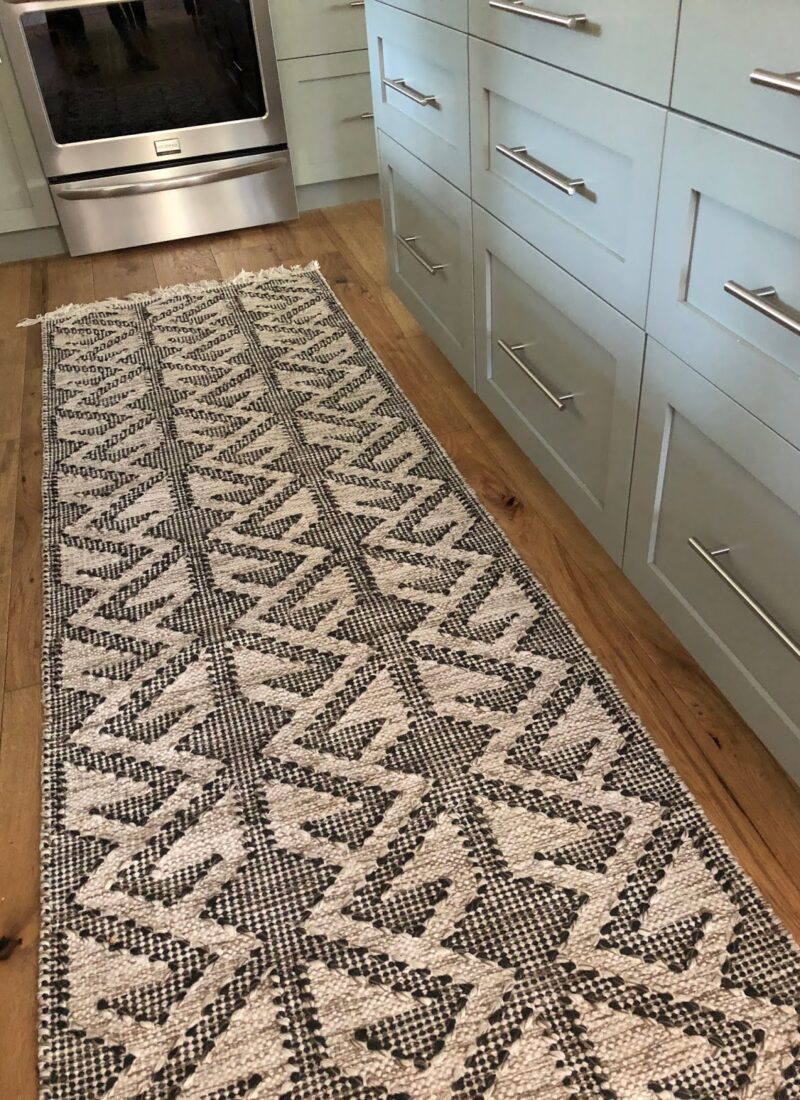 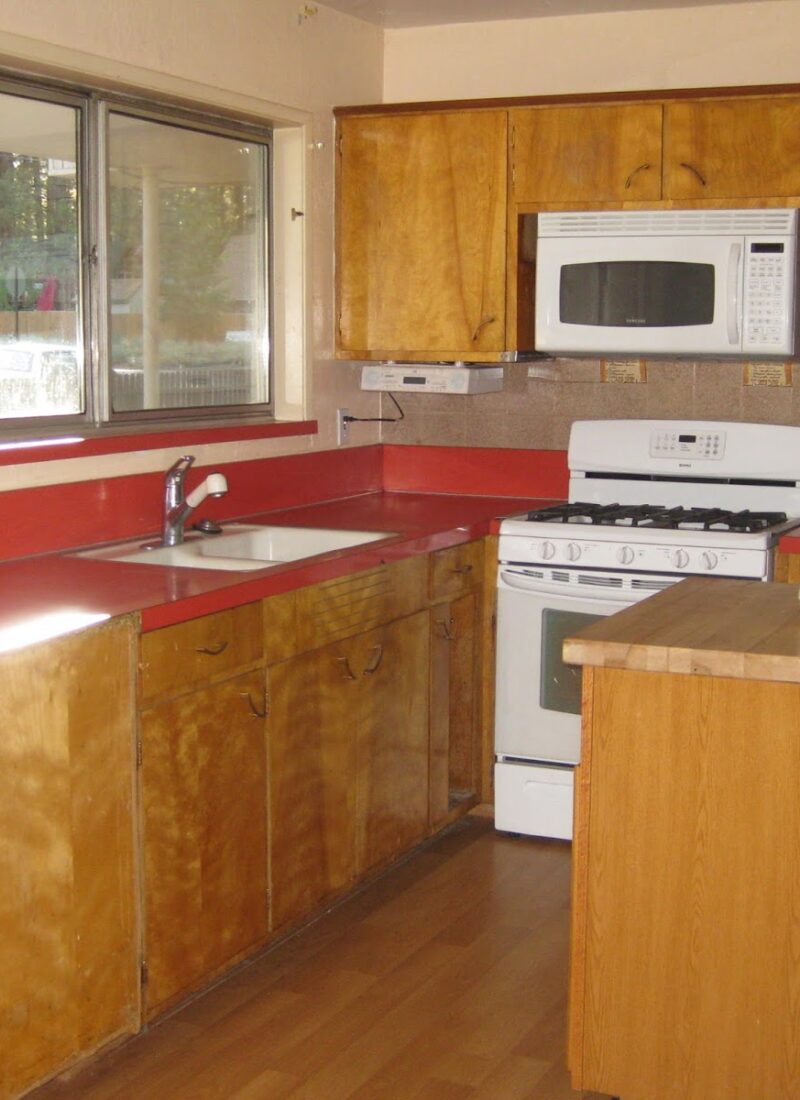 The Kitchen: Before & After 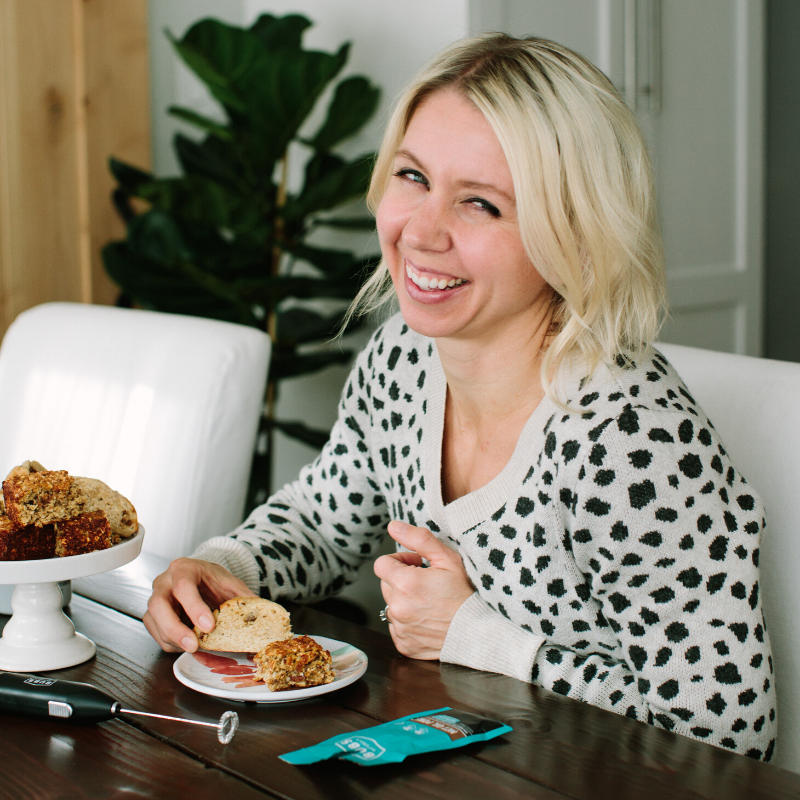